BEND, OR -- The Deschutes County District Attorney and Bend’s Police Chief will meet with state lawmakers in Salem on Friday, in support of a proposed bill aimed at specifying what community college public safety departments are, and are not, allowed to do. D.A. John Hummel says the parents of a local murder victim will also testify before the Senate and House Judiciary Committees, "They want to make sure that no other parents have to experience what they experienced. So, they worked with the Attorney General to come up with 'Kaylee's Law'." 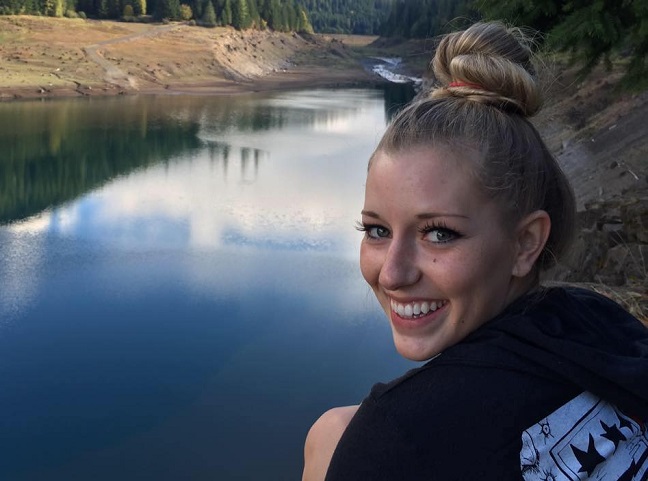 The bill is named for Kaylee Sawyer, who was killed by a Central Oregon Community College security guard. Her father, Jamie Sawyer, helped develop the proposal. In July 2016, Edwin Lara abducted Kaylee Sawyer in his campus safety patrol car, while on duty. Hummel says she got into Lara’s vehicle because he looked like a cop. Once she realized he wasn't taking her home as promised, she couldn’t escape the backseat because COCC’s patrol cars are outfitted with police-like cages. "If you’re not allowed to arrest somebody, there should never be the need for a cage, because Oregon law says campus public safety officers on community colleges can’t arrest people." Kaylee’s Law would ban cages for those security vehicles. Hummel says it would also specify that campus public safety officers can’t dress or act like police, and it would require criminal background checks for campus safety staff. "If these rules had been in place and they’d been complied with by the college, Kaylee Sawyer would still be alive. The college hired a campus public safety officer without conducting a rigorous check into his background and without conducting a psychological test we think would’ve revealed his troubled mind."

Oregon law allows universities to form police departments; those officers attend the state police academy and undergo background and psychological testing, just like city and county law enforcement agencies. Community colleges do not send security officers to the academy. Hummel tells KBND News that after Sawyer's death, he and Bend Police Chief Jim Porter tried to work with COCC to prevent another tragedy, "We’ve made slight progress, but Central Oregon Community College persists in wanting to investigate criminal matters on their campus and, in effect, have their campus public safety officers act as de facto police officers. Yet, their campus public safety officers have not been properly trained, they’ve not gone through the academy, they’ve not gone through rigorous criminal background and psychological testing." He adds,  "What Central Oregon Community College is doing is in violation of the law. They’re not allowed to operate a police force; but, practically speaking, they are. Central Oregon Community College says the law is not entirely clear. I respectfully disagree with them, but Kaylee’s Law would clarify it for them."

Hummel hopes the Legislature will consider Kaylee's Law in the 2019 session, "We believe she would be alive if this law had been passed and if the college had complied with it."