BEND, OR -- A Bend family's Christmas was nearly ruined by a thief who stole delivered packages from their front porch, last week. Friday afternoon, the homeowner reported seeing a man on a home video surveillance system knock on the door on Fairway Drive, then take boxes from the porch, when no one answered. Those packages contained multiple Christmas gifts for the family.

Using that video surveillance, Bend Police identified a 2004 Kia Optima as the suspect vehicle; the license plate led them to 39-year-old Steven Stout. On Sunday, officers stopped the Kia on NE Twin Knolls. During a search of the car, they recovered property taken from a porch on SW McKinley, as well as heroin and meth. Stout faces theft and drug charges. 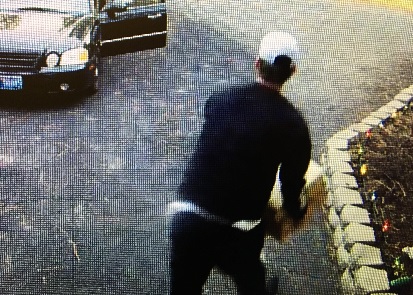 The investigation led officers to a third theft of over $1500 in snowboarding gear taken within minutes of being delivered. Those were also intended to be Christmas gifts. All of the recovered property was returned in time for Christmas. The investigation continues and police ask that any other potential victims call Bend PD at 541-693-6911.

Police say Stout admitted to ingesting drugs prior to being stopped by officers. He was taken to St. Charles Bend for evaluation, where he was cited and released.