BEND, OR -- Bend’s newest City Council was sworn in to office, Wednesday morning, during a special meeting at City Hall. But, Chris Piper's term starts under protest by community groups, who say another candidate should’ve been chosen for the vacancy.

Michael Funke was one of the organizers of a rally that took place just before the meeting, "There was actually a huge outpouring of broad community support for another candidate, Kerani Mitchell. When I say ‘huge,’ I want to point out that City Councilor Bruce Abernethy actually told me that the amount of emails that they got in support of Kerani Mitchell was really a lot, by their standards." He tells KBND News he opposes Piper's 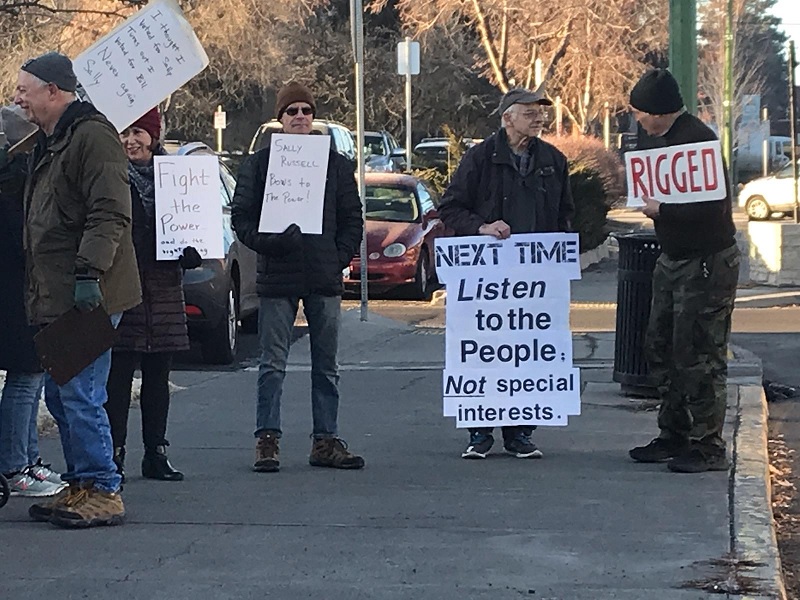 appointment because of what he says was undue influence by the Central Oregon Association of Realtors, Bend Chamber of Commerce and Central Oregon Builders Association. He believes Mayor Sally Russell, who initially supported Mitchell, was swayed after conversations with the business groups. Funke says it’s nothing personal, "I don’t know Chris Piper. But, I think it’s worth pointing out that these three organizations heavily financed two candidates in the November election, Andrew Davis and Sarah McCormick; those two candidates were defeated. And now, the Council has turned around and told these three organizations that even though your candidates were rejected, we’re still going to appoint your candidate to this vacancy."

He acknowledges a rally wouldn't influence anything, in the short term, 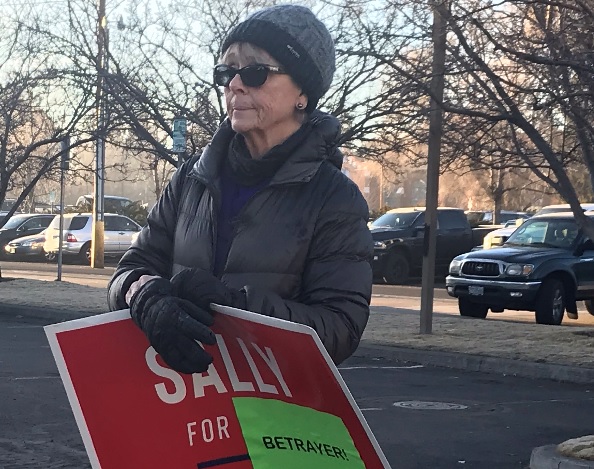 "It’s unlikely that they’re going to change this particular appointment; we’re looking down the road. They pass up a candidate who was a person of color. It would’ve been a profound statement – a profound positive statement to people of color throughout the city, if they had chose her. And, she was very, very qualified. I would say more qualified than Chris Piper, actually."

Photos: (top) Chris Piper is sworn in at City Hall, during a special Council meeting at 8:30 a.m., Wednesday. Photo courtesy City of Bend.