REDMOND, OR -- Direct flights between Redmond and Las Vegas return this fall. "Truthfully, the Central Oregon Air Service Team and airport staff and city staff have really been hearing what customers want," says Redmond Airport Director Zach Bass, "And, the top thing we’ve heard for years is, ‘we want a direct to Vegas.’ We’ve tried our best, over the years, to make that happen and it currently has with Sun Country, coming in in September." Sun Country Airlines is a discount carrier based in Minneapolis, operating in 54 airports. They announced a total of six new routes, including Redmond to Las Vegas, Monday. 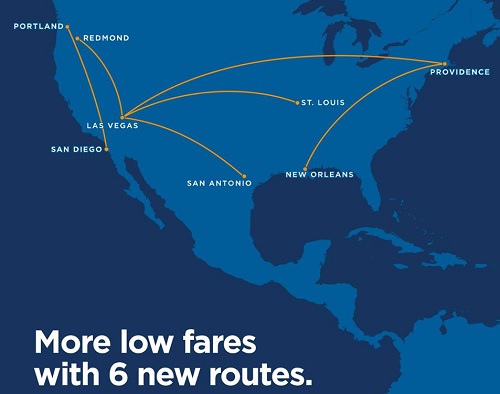 Allegiant Air offered nonstop flights from Redmond to Vegas for five years. But, they halted the service in the spring of 2012 and pulled out of Redmond altogether a few months later. Sun Country is the first new carrier to come to Roberts Field since Allegiant, "They [Sun Country] are smaller than some of the main airlines, but they run 95 routes," Bass tells KBND News, "They’re running newer 737-700s and 800s; they have a great reputation. In Oregon, they run out of Portland but we’ll be the first airport outside of Portland that has them."

Tickets are now available for the new Sun Country Service, which will run Thursdays and Sundays, "They will be starting September fifth to the middle of December. So, it will be seasonal to begin with. Like we’ve seen with Chicago, starting in June, we’re hoping that, as it’s used and it shows it’s profitable for the airlines, they’ll keep it year-round."

John Kruse
6:00am - 7:00am
Northwestern Outdoors
My Profile