BEND, OR -- A Redmond man was arrested Wednesday, following a chase east of Bend. In response to complaints from nearby residents, Deputies were watching for speeders near the roundabout at Powell Butte Highway and Neff. At about 3 p.m. they say they caught a car on radar going 76 in a 35 mile per hour zone. 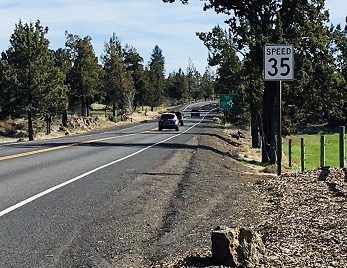 According to the Sheriff's Office, the driver refused to pull over, leading deputies on a pursuit down Alfalfa Market Road. He eventually pulled on to a dirt road and ran from the car, but surrendered a short time later.

No one was injured during the pursuit and the agency says the maximum speed was 60 mph.

On top of Reckless Driving, 40-year-old William Swanson is accused of Driving Under the influence of Drugs and Meth Possession and Possession of a Schedule II Controlled Substance.

Based on the Sheriff's Office's initial contact with Swanson, he was taken to St. Charles Bend for examination.