REDMOND, OR -- A 27-year-old Redmond man is accused of stealing his grandmother’s credit card and using it at locations around the region. 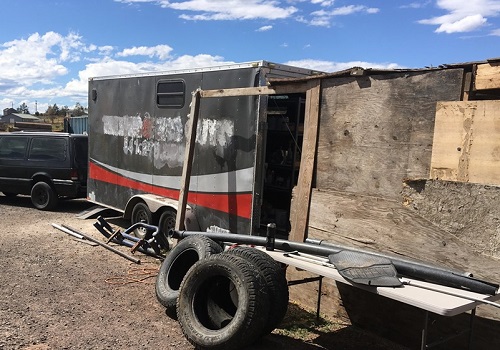 Redmond Police say that investigation led them to his home on North Highway 97, Friday. When they arrived, investigators discovered a utility trailer that had been reported stolen the day before, from a small business in Terrebonne. Police arrested Troy Schaffner and secured a search warrant. They eventually recovered stolen property valued at more than $30,000, believed to be associated with other area thefts.

Schaffner is charged with Aggravated Theft, Theft, Forgery and two counts of Fraudulent Use of a Credit Card. Two others were also taken into custody at the property: 28-year-old Ashley Manahan was arrested for an outstanding warrant, and 35-year-old Barry Veltman is accused of violating probation.

Investigators says more arrests in this case are possible.