SISTERS, OR -- A teen lost near Milican Crater, on the Pacific Crest Trail, was found Tuesday morning after a long night in the forest. According to Deschutes County Search and Rescue, the 16-year-old was reported missing Monday night by a Northwest Outward Bound School employee. He reportedly left camp with food, water and minimal clothing around noon that day. Outward bound staff searched for several hours and reported finding a note left by the boy at a trail junction. They followed what they thought were his footprints but lost them in the snow. 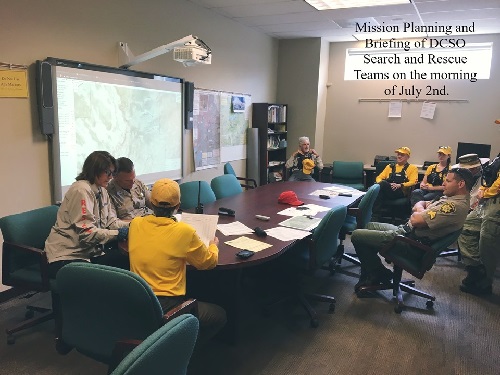 SAR volunteers and deputies from Deschutes and Lane counties converged on the PCT and searched through the night. At about 9:30 a.m., a State Police plane spotted the teen waving, about three miles from his campsite at Yapoah Lake. They directed a horse team to his location. He was tired and hungry but otherwise okay.