REDMOND, OR (4:30 a.m.) -- The Deschutes County Sheriff's Office is searching for a Redmond woman last seen at her home on July 20. Sergeant William Bailey says 42-year-old Lea Dawn Variz, also known as Lea Dawn Baughman, likely left for Portland Saturday. But, her cell phone is off and she has not checked in with friends or family, or used social media, "She could be just in Portland, taking a break, or she may not want to be in contact with family, we don't know. Right now, we're just looking for anyone that may have information, may know where she's at, or may have seen her since last Saturday, to share that information with us, so that we can locate her."

Her family reported Variz missing on Thursday, "Family is concerned for her welfare," Sgt. Bailey tells KBND News. He says it's unlike her to stay out of contact, "They don't know where she's at. Without her cell phone being on to contact her, or not being active on social media, we're unable to check in with her, or see that she has been on her phone." 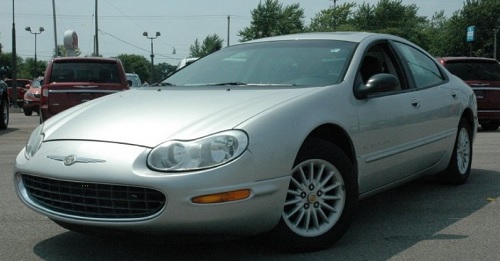 Variz is 5'5", about 175 pounds, with black hair and green eyes. She also has a stitch character tattoo on her right arm, and a half-sleeve American flag on her lower left arm. She was last seen driving a Silver 2001 Chrysler Concorde (similar to right) with Oregon plates. "We're hoping anyone that has seen her since this past Saturday, or has information where she may be," says Bailey, "Will please call in and speak to a Deputy." Contact the Deschutes County Sheriff's Office at 541-693-6911.

UPDATE (11:10 a.m.) -- A citizen reported seeing Variz's vehicle, just after 10 a.m. in the Mount Hood National Forest. The Clackamas County Sheriff's Office located Variz camping in the area. She is safe and was unaware she had been reported missing.