Crook County Sheriff's Sergeant Mitch Madden says the Highway and surrounding roadways were closed for nearly 2 hours Thursday while the County worked to clear them. At least 10" of water was running down Powell Butte Highway, according to Madden, with a lot of debris. "There was a large amount of between basketball sized up to, oh, about 2 feet in diameter rock coming down SW Bussett Road. Came down the middle of the road."

At least one house was damaged by water and rocks, and Madden says flooding could continue to be a problem with thunderstorms expected in the forecast. "I just strongly urge people to turn around and not drown. Don't travel through water coming across the roadway, as you don't know how deep the water is or if the roadway, itself, is washed out." 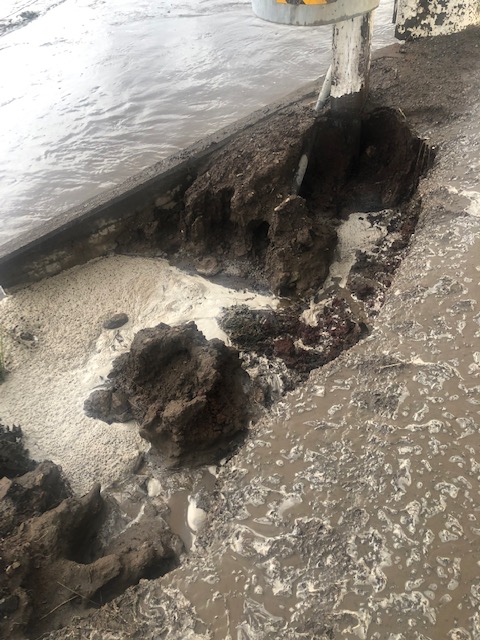