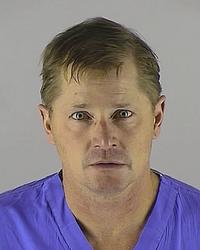 Steven Paul Blaylock, the man accused of murdering his wife, Lori Blaylock, was back in court Tuesday, and via video link from jail, entered not guilty plea to murder and manslaughter charges. Blaylock is charged with killing Lori and dumping her body in the North Santiam River last October. Blaylock was arrested last November after police found evidence of Blaylocks' involvement in Lori's disappearance. They also found a sweater belonging to Lori buried on the bank of the North Santiam River. In December, kayakers saw what appeared to be a body in the river, but weather conditions dislodged the body before a search team could reach it. Steven Blaylock is scheduled to be back in court on March 28th to set a trial date.