BEND, OR -- Homelessness is increasing in Central Oregon. The annual one-day count conducted by the Homeless Leadership Coalition found 1,286 people experiencing homelessness. That's a 17% rise from 2021 across the region. The Point In Time count was conducted on January 24, 2022.

Despite the increase, officials believe it's still an undercount. Coalition Chair Eliza Wilson says a January COVID outbreak in Redmond impacted the number of volunteers able to help with the count in that city. "This is just like a little snapshot. We know this is at least the number, but we know that there’s many more."

Wilson tells KBND News 223 people in the count are under the age of 18; more than double the number of kids in the 2021 report. "There’s so many different things that lead to homelessness. And if we look at these numbers, it’s very clear. There is a large number of people who, this is their first time they’ve experienced homelessness. I think there was one person who was counted, it’s the first time they’ve experienced homelessness and they’re 76." She says for many, it’s simply because of a lack of affordable housing, "A lot of the people that we work with are working and have full-time jobs, whether it’s in the restaurant industry or in the service industry of some kind. And, the cost of living and low vacancy rate is certainly contributing to the issue."

And, Wilson says, despite what some in the community have said, the people in the PIT count are local, "Like years in the past, we’re seeing that most of the people who are experiencing homelessness in our region are from Central Oregon and have lived here for quite some time."

This year’s annual count saw the number of houseless veterans decline by more than 50%. Wilson believes some of that improvement is likely due to the opening of Veterans Village. 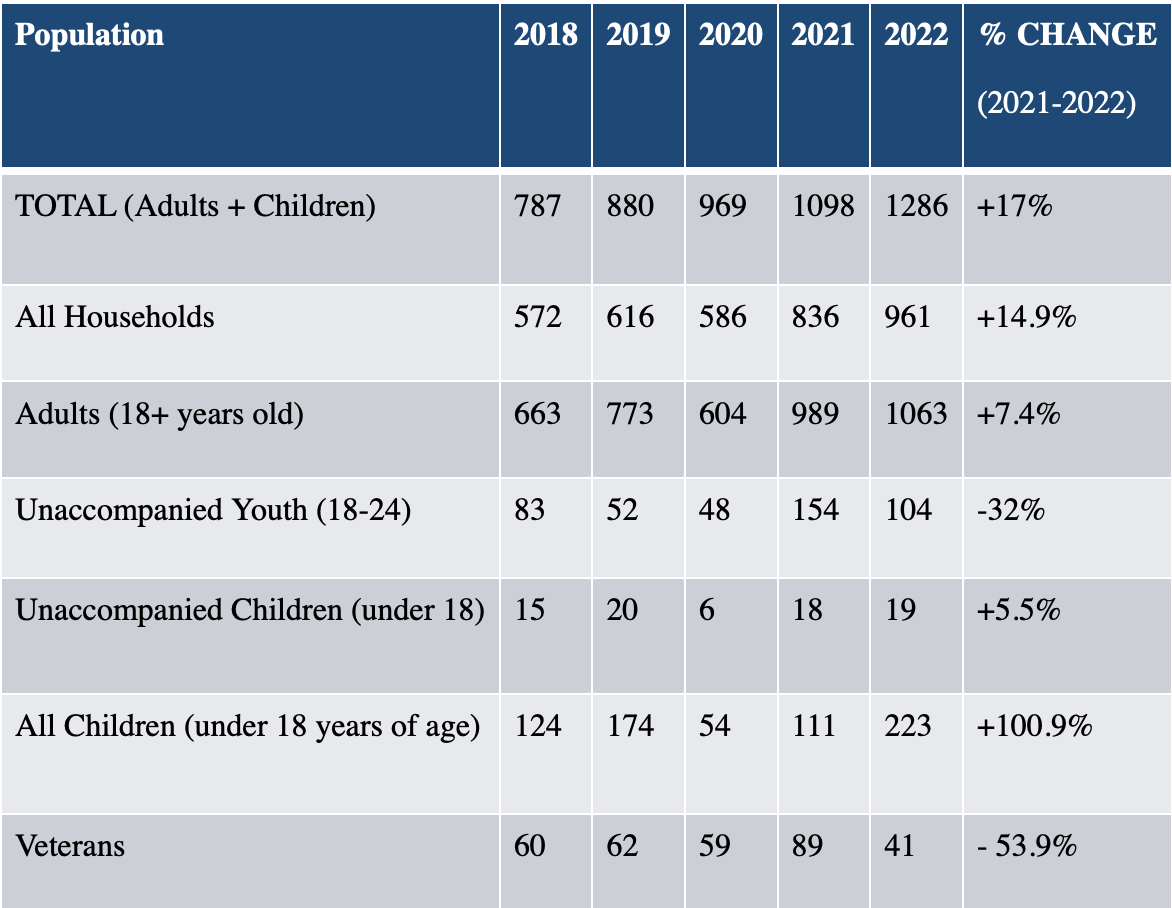