BEND, OR -- One of the victims in Sunday night’s shooting in Bend is being called a hero. Bend Police Monday released the identities of those killed inside the Safeway. Glenn Edward Bennett - an 84-year-old customer - was the first one shot as the gunman entered the store. Bend PD’s Sheila Miller says the shooter then made his way back to the produce department, where 66-year-old Donald Ray Surrett Jr. worked. "Surrett engaged with the shooter, attempted to disarm him and may very well have prevented other deaths," Miller said in a Monday afternoon press conference, "Mr. Surrett acted heroically during this terrible incident."

Surrett was shot and killed by the gunman, identified Monday as 20-year-old Ethan Blair Miller.

Mayor Pro Tem Anthony Broadman said he and the entire city are heartbroken over this heinous act, "We had brave first responders, brave citizens, people willing to stand up for their neighbors, and nothing illustrates Bend and Central Oregon more than that."

Police say it was just four minutes from the first call to 911 until officers found the suspected gunman dead of an apparent self-inflicted wound.

Miller says the OSP bomb squad was called in to search the suspect’s apartment, "In the shooter’s vehicle, we located three Molotov Cocktails, as well as a sawed-off shotgun. We also located additional ammunition and digital devices. And those are currently being reviewed." She says they are continuing to follow up on leads, "We are aware that the shooter may have posted online about his plan. We’re investigating this. We have no evidence of previous threats or prior knowledge of the shooter. We received information about the shooter’s writings after the incident had taken place. And the shooter has no criminal history in the area."

Bend Police expect this investigation to continue for several days. They've set up a tip line for anyone with information in the case: 541-322-6380. 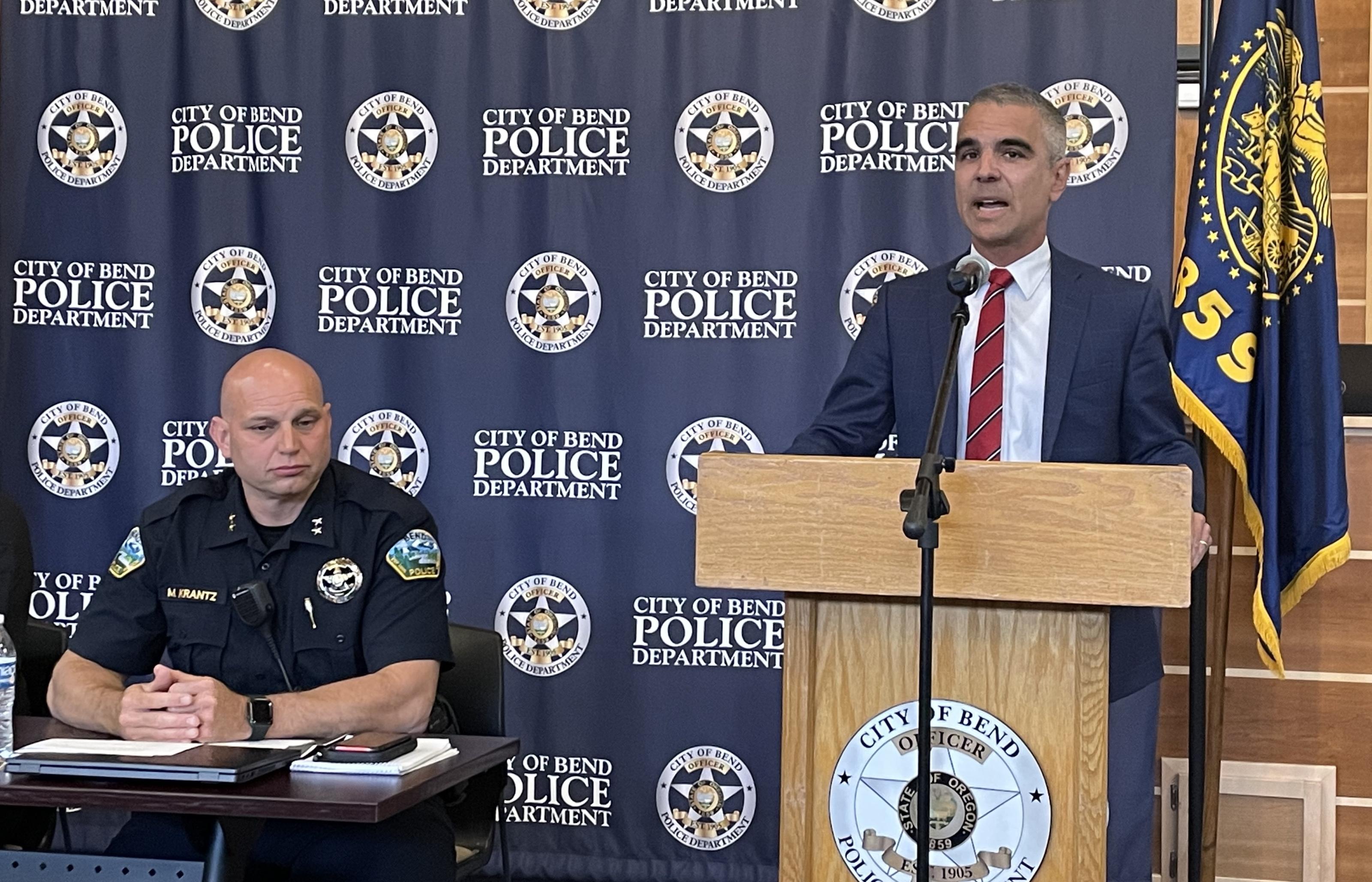