PRINEVILLE, OR -- Crook County’s Pioneer High School opened in its new building last month, but the district finally held an official ribbon cutting Wednesday. Superintendent Dr. Sarah Johnson is pleased with the facility, "Six classrooms, it has a conference room, a counseling space, it actually has a courtyard out behind it; so there are some picnic tables out there." She tells KBND News it also has a kitchen, testing center and CTE shop space, "In the center, there’s a long row of tables where the students eat and can collaborate and join together. There’s also a pingpong table near the end of it and windows all across that south end. So, it’s just a very nice spot to learn."

The school district bought the property next door to Crook County High School just before the pandemic. Dr. Johnson says constructing the $4 million, 9500-square-foot building was made possible sooner than expected, thanks to pandemic relief funds approved for schools by Congress.

"It was a modular building. But the quality of the modular units is just very impressive." And, she says it’s a big improvement over what Pioneer had before. The alternative high school has moved four times since opening in 2005, always sharing space with an elementary school. While some students enroll at PHS because they want smaller classes, Johnson says others need the sense of permanence this new facility provides, "Kids who have experienced some kind of interruption or difficulty in their education and they just weren’t thriving in the regular setting." And, its placement next to CCHS provides easier access for the handful of students enrolled at both schools.

Dr. Johnson says the kids are glad to have a place of their own, "Students were very happy about it. It feels really good inside of there. It’s spacious, it smells new, everything’s new and it’s very pretty." 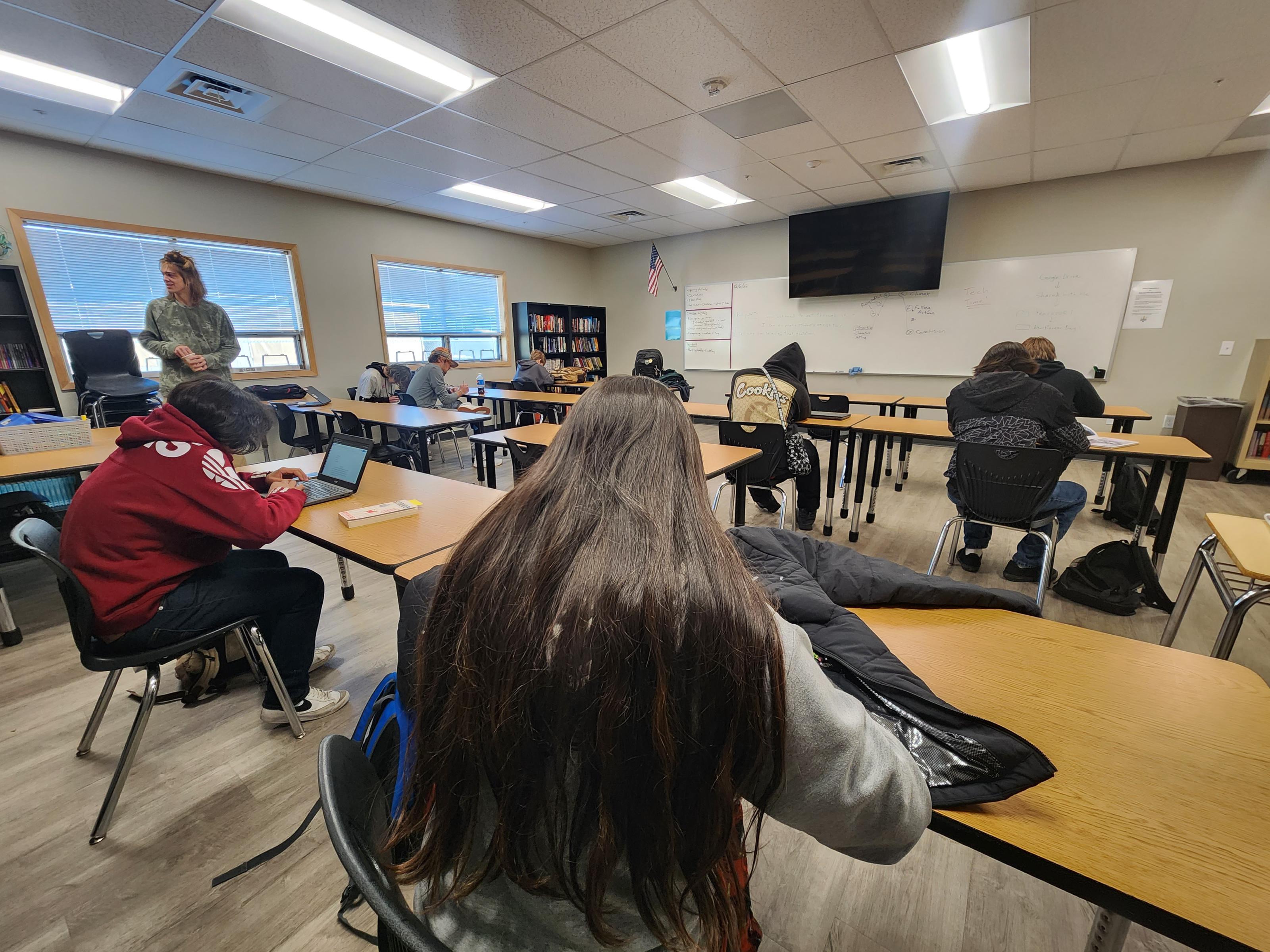