BEND, OR -- Work is underway to repair damage caused by the Fourth of July Fire on Pilot Butte. Two men are accused of lighting an illegal mortar-style firework in the State Park's parking lot, causing the 11-acre blaze. 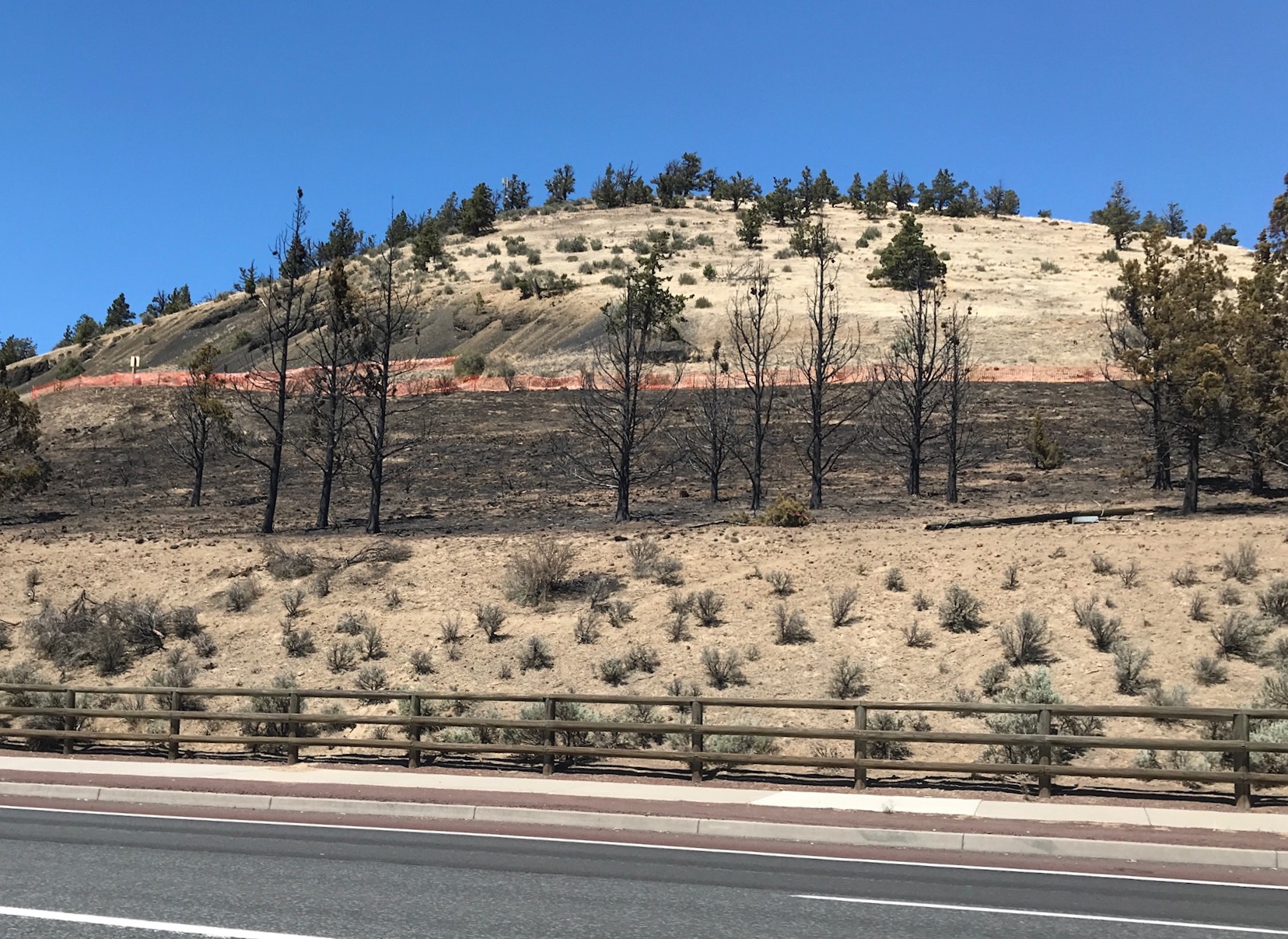 Park Manager Susan Bethers says fencing and irrigation needs to be replaced and a destroyed kiosk will be replaced, "It is going to be a long term process. There is no instant fix to it, but we are trying to get to the things we can get to quickly. Really restoring the area, I think we're looking at probably several years. Just as far as trying to re-vegetate, get native plants to grow back in there, that is going to be a probably longer time span." She tells KBND News, "The park itself is open. There is a section of the base trail that is closed, and likely will remain closed, at least for the foreseeable future. It goes right through the burn area, and what we're running into is that now that whole burn area is even more susceptible to erosion." She says the State Parks Department is collecting bids to install more fencing to keep people out of the recovery zone, as well as other repairs. Until the full extent of the damage is assessed, there's no way to estimate the total cost.

While officials frequently deal with fires sparked by the annual fireworks display launched from the top of the butte, Bethers says this blaze was much different, "When we do have fires that actually stem from the fireworks show, they're really fairly small in comparison, and we're prepared for those. We have firefighters on the butte and generally they get to them very quickly and they're able to put them out fairly quickly." She says another major difference is that this fire occurred much lower on the butte, where there are more resources and vegetation.