PORTLAND, OR -- The FBI is renewing efforts to educate parents and kids about the dangers of what the agency calls “sextortion.” Kieran Ramsey, Special Agent in Charge of the Portland Field Office, says adults pose as kids to connect with young people through various social media or gaming platforms, "And they look to build a rapport with these kids, and ultimately will try to get them into a private conversation online in this virtual world. And, eventually, that will come with an ask for perhaps a photo." 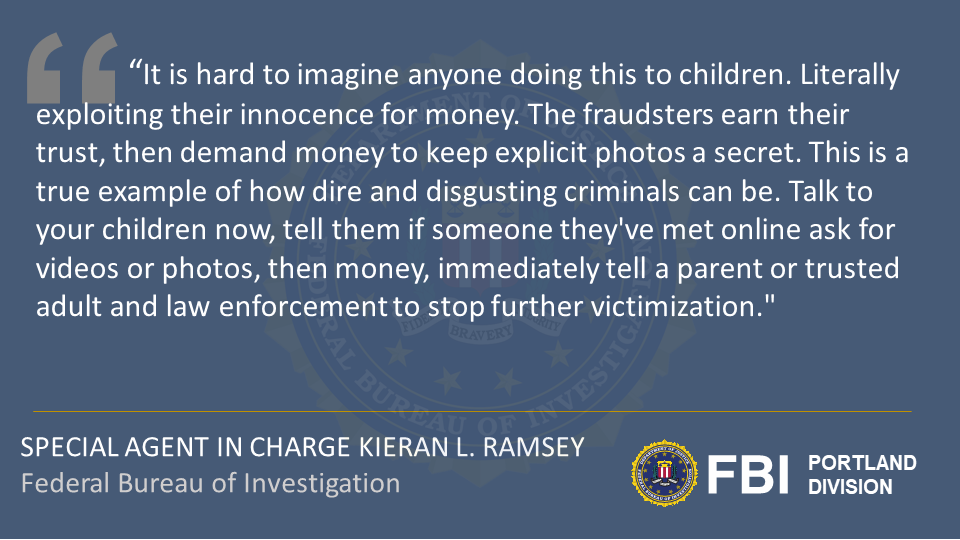 He says predators have typically targetted girls and use those explicit images to extort more pictures or video. But now, Ramsey says, they're increasingly targeting boys, "And not, this time, asking for more photos. But once they get that inappropriate photo or video they’re demanding money, saying, ‘if you don’t send me money, I’m going to release these photos or videos to your friends, your family, your classmates, what have you’."

The FBI took 18,000 reports of sextortion last year, nationwide. In Oregon, in the past six months, there have already been six cases. Ramsey says, "If you think your child is a victim of this, we ask that you don’t delete anything until Law Enforcement has gotten involved and been able to review the situation with you and make sure that your child isn’t victimized any further."

He says prevention is key – by monitoring your kids’ online activity.