PORTLAND, OR -- A peace advocate riding his solar bike from Argentina to Canada stopped in Oregon this week. David Ligouy is originally from France. But, after biking through Europe, decided to bring his solar-powered recumbent bike to the Americas to raise awareness for what he says is a connection between peace, climate change, poverty and gender equity.

He travels back roads, relying on the solar panel "roof" to power and charge a battery that assists him in pedaling the three-wheeled trike. The bike averages about 25 km/hour - or, around 15 mph. Over four years, Ligouy has biked through 26 countries; Canada will be his 27th when he arrives next week. Overall, he's gone more than 30,000 kilometers, so far - or, nearly 19,000 miles. Click HERE to learn more about Ligouy and his mission.

Before arriving in Portland Thursday, he says firefighters helped him navigate around the Cedar Creek Fire as he rode through the mountains near Oakridge.

KBND's Heather Roberts talked to him during his Oregon visit: 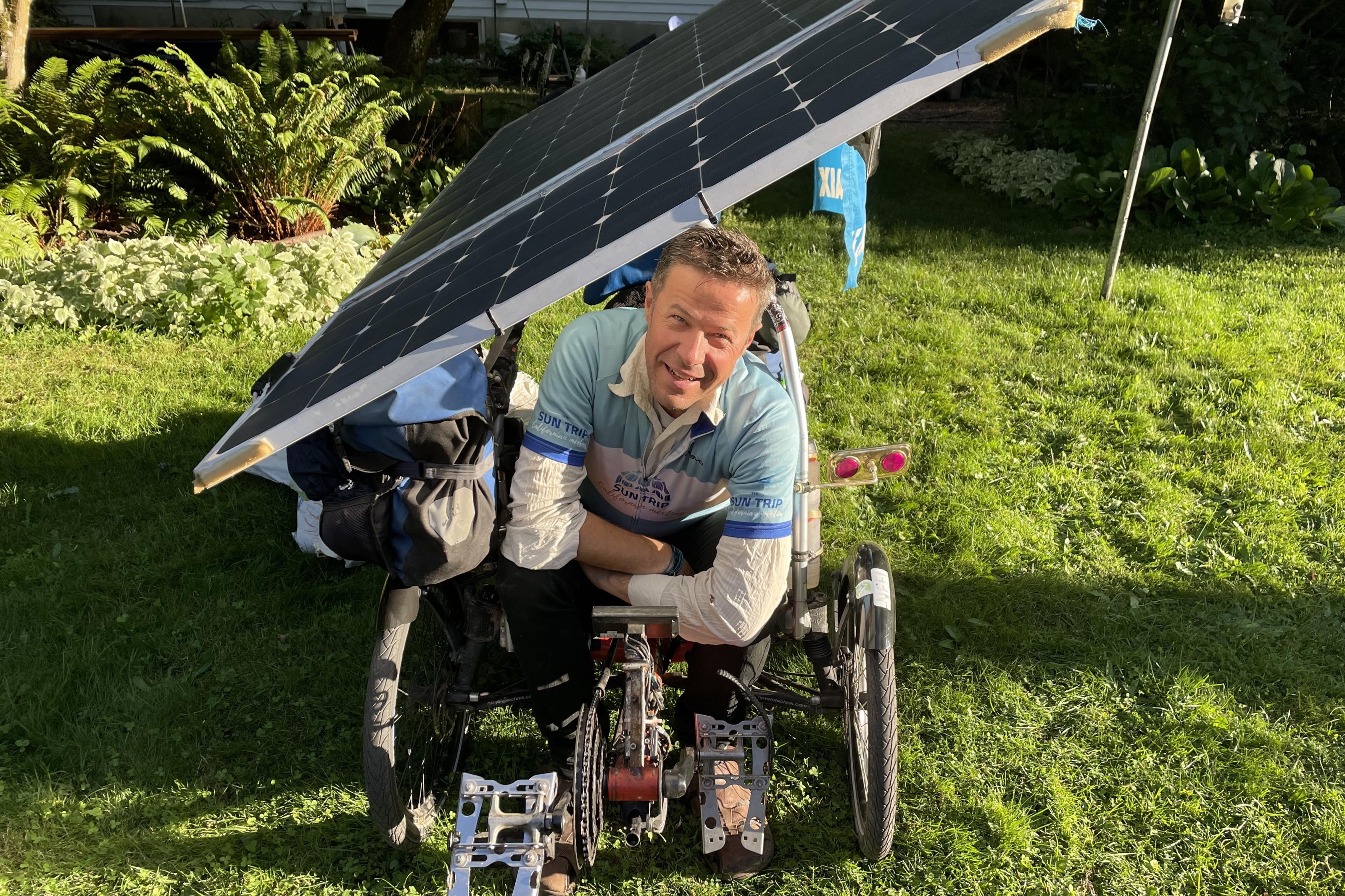 David Ligouy sits on his solar recumbent trike in a SW Portland yard, where his hosts allowed him to camp for the night.