Posted About Six Months Ago by Heather Roberts

PROSPECT, OR -- Two men broke into a southern Oregon fire lookout tower over the weekend and stole batteries and solar panels used to power the fire detection camera system. "They stole pretty much everything but the camera - that makes the camera function," says Natalie Weber, with the Oregon Department of Forestry's Southwest District. That camera system sits atop a fire lookout in the Prospect area.

Now, with it out of commission, Weber says fires will be harder to spot before they grow large. And, it couldn’t have happened at a worse time - in the heart of fire season. And, she says, Jackson and Josephine counties see about a third of all ODF-protected fires, "The terrain and topography, as well as the fuels and the climate, really just give us that perfect storm for fires to really thrive here." 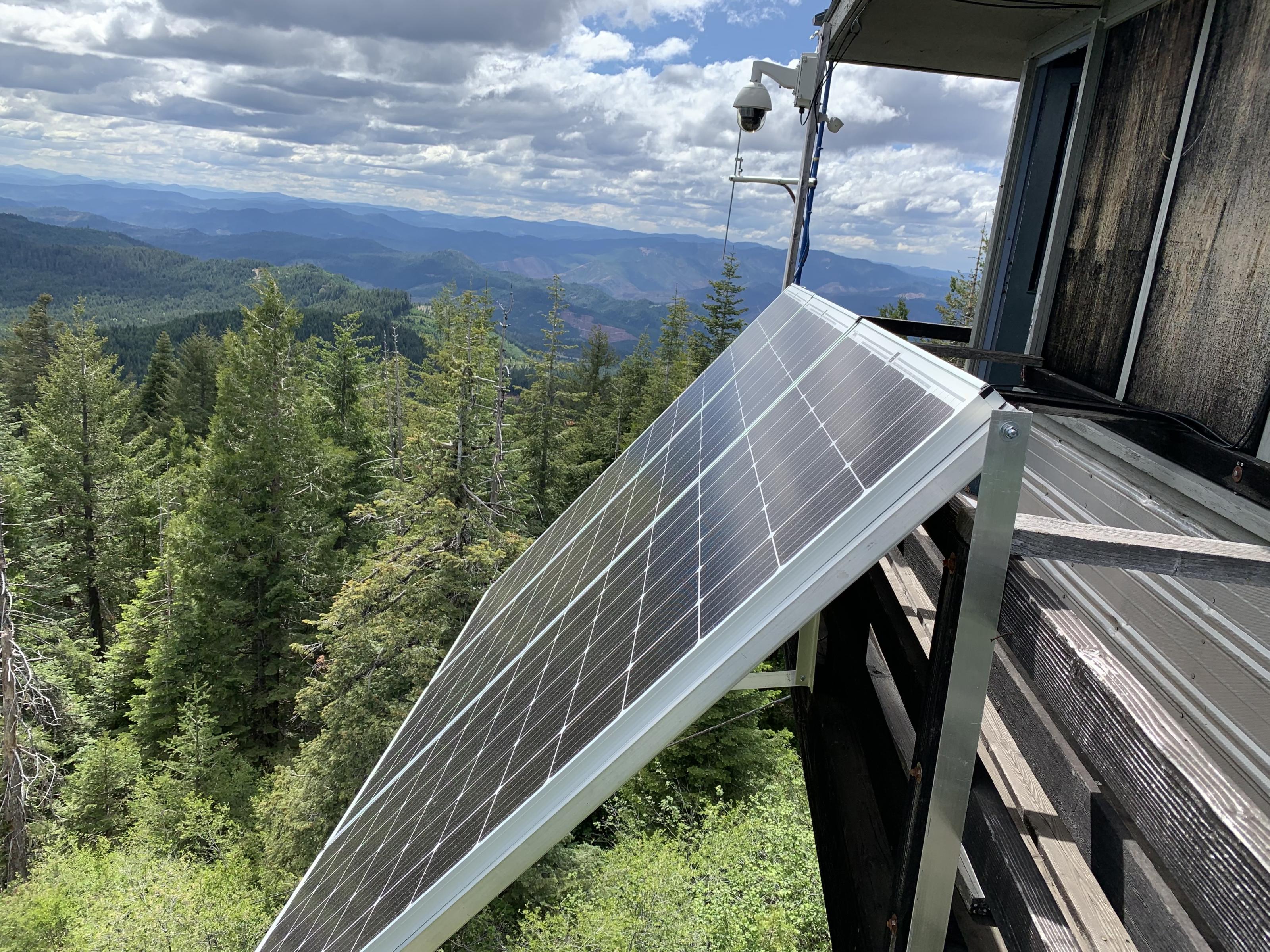 Images from southwest Oregon lookouts are sent to the fire detection center in Central Point, where Weber says they are constantly monitored. "It’s not only benefitting ODF. All of those camera feeds we share with the Rogue River-Siskiyou National Forest. All of our structural partners have access to that," she says, "So, not having that available in that area, really it’s just one less tool in the toolbox."

They’ve lost that birdseye view in Prospect until the gear is recovered or replaced, but ODF is still watching the area, "We have people who are out there boots on the ground. It’s a priority for us to still find fires early," Weber tells KBND News, "Despite the fact that we don’t have that as a resource."

Video and photos of the thieves are available on the Jackson County Sheriff’s Office Facebook page. If you can identify the suspects or have any information about the theft, you're asked to call the JCSO Tip Line at (541) 774-8333 and reference case # 22-4725.